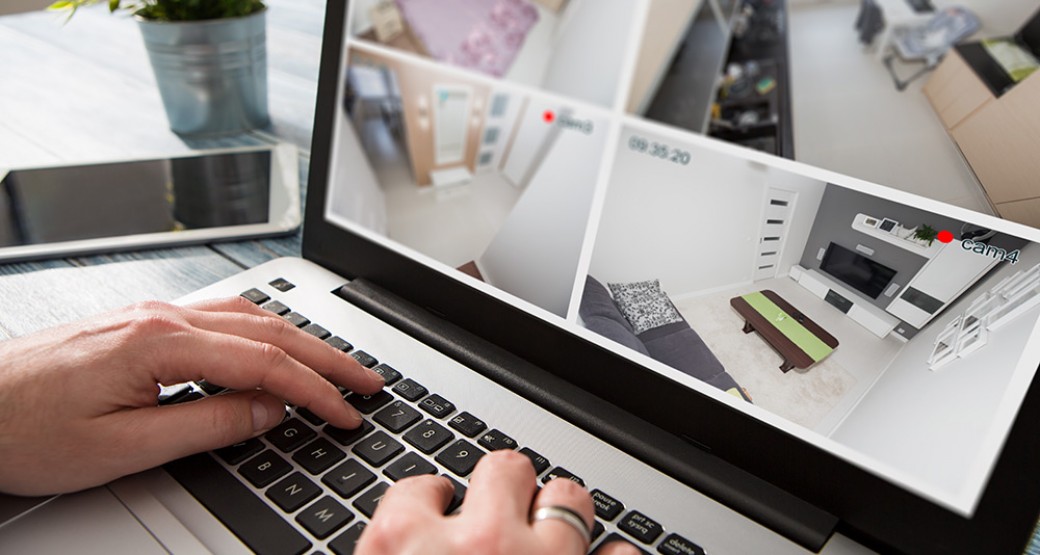 When thinking about your home security, do you think about reducing false alarms? If not, consider this scenario: You’re at the office and you receive a call from your home security monitoring service. Something has triggered the glass break sensor in the living room, they tell you. Should they send police to your home?

Given that you’re not at home, you have no idea what may have caused the alarm to trigger, so you ask them to send police to check it out. You leave the office and arrive home to find police sitting in your driveway, writing up a report. There is no sign of broken glass or attempted forced entry. They wait while you open your front door and step inside to see … a vase that your cat knocked off of a table and shattered.

Why False Alarms Can Cost You Money

Police spend a large amount of their time responding to home security false alarms. In fact, statistics show that between 90 and 99 percent of alarm calls to police end up being false alarms. While this spreads police thin and wastes taxpayer money, it’s not the only reason citizens should work at reducing false alarms.

In some cities, homeowners are charged a fine for false alarm incidents. In more lenient areas, the first few false alarms are allowed to slide by without a fee. After three strikes, the fines begin to mount. In other areas, fines are levied on the very first false alarm each year — over $100 per incident in areas that have strict regulations on false alarms.

Thankfully, reducing false alarms needn’t be left up to the homeowner. Modern security system technology is helping users cut down on unnecessary visits by police and firefighters by helping verify whether or not threats are real.

Here are a few security system features that help limit the occurrence of false alarms:

Video Verification. Someone has wandered in your unlocked front door, triggering the motion detector in your living room. The alarm sounds and you log onto your live video feed to see … your daughter’s boyfriend standing in the middle of the room and looking confused as the alarm goes off. Even if he’s not the guy you want her to marry, don’t call the police on him. Video verification lets you tell the difference between a numbskull boyfriend and a no-good burglar.

Cancel/Verify. The cancel/verify option lets you either cancel if it’s a false alarm (you wandered downstairs in the middle of the night and forgot the motion detectors were on) or verify if help is needed (a burglar broke into your garage, not realizing that it was covered by your alarm system).

System Recently Armed Reporting. You leave the house in the morning and remember to set the alarm, but in the hustle of getting the kids out the door, you accidentally leave the door ajar. System recently armed reporting will alert you when an alarm occurs within a certain period after the system was armed. This way, your monitoring center will check with you before contacting the authorities.

Fire Verification Zones. If your cooking regularly sends the smoke detectors into a frenzy, fire verification zones will help prevent the fire department from showing up to put out your latest questionable creation. With this feature, if one smoke detector senses smoke, it will beep, but won’t sound a full alarm for a couple of minutes. If you open windows, frantically wave dish towels around and get rid of the smoke, the detector will shut off. However, if another device detects an emergency or if the smoke doesn’t dissipate in two minutes, the alarm will be tripped and help will be summoned.

Cross Zoning Protection. Similar to fire verification zones, this requires that two devices be tripped within a certain amount of time before an alarm is activated. This works well for burglar detection, for example, if a glass-break sensor connected to a living room window is triggered just before the motion detector covering that area is set off.

© Copyright 2020 ProTech Security. All rights reserved.
Subscribe To Our Newsletter
Want updates on the best security technology and services in the industry delivered to your inbox? Signup for our regular security eNewsletter.
We respect your privacy. Your information is safe and will never be shared.