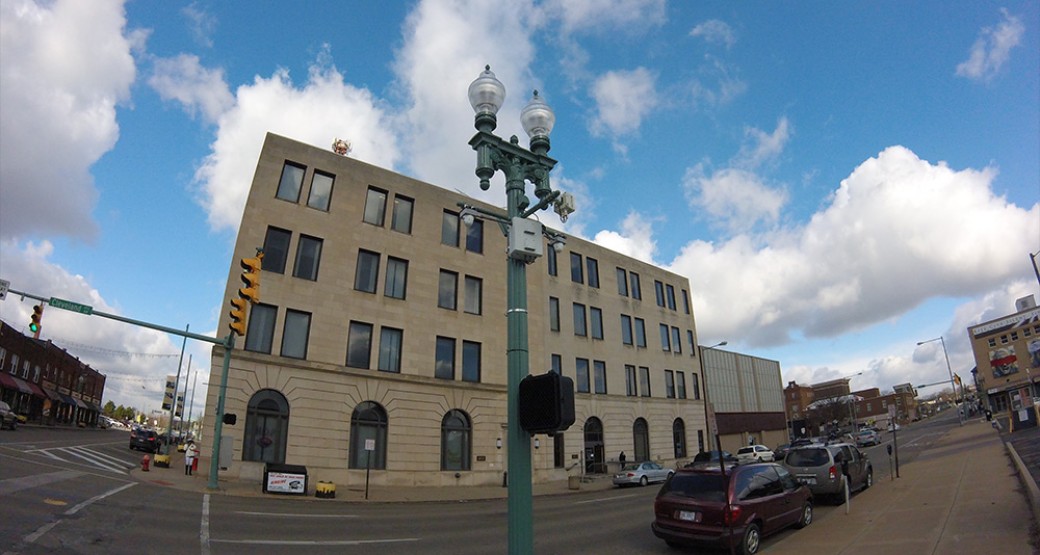 What began as a plan to discourage crime through installing a series of security cameras in parks and areas of downtown Canton has turned into a full-scale security strategy that will involve a city camera network.

In 2016, the city of Canton placed security cameras at a number of its local parks, including Nimisilla Park, Bup Rearick Park, and the Canton Garden Center. The cameras were installed in hopes that they’d be an effective deterrent to criminals. Those hopes were soon realized: in the year after the cameras were installed, calls to police generating from the parks dropped dramatically.

Similar ProTech cameras were placed in a 10-block area of downtown Canton. Just as with the park cameras, officials intended that the devices would prove to be a discouragement to anyone thinking of committing crimes in the downtown area.

The city camera system does more than simply acting as a deterrent, however: modern security camera systems for cities are designed as a multi-tiered approach to crime. While they’re a warning to criminals that they’re being watched, they also provide law enforcement with valuable live video monitoring.

Many people think of security cameras as valuable tools in order to piece a crime together after the fact, as well as a way to help identify the person or persons who committed it. Today’s security cameras do much more than simply record footage, however: they also provide live surveillance so that law enforcement can catch a crime in process and dispatch police and emergency personnel right away.

In addition to helping make law enforcement aware of crimes as soon as they occur, a city camera network also provides law enforcement with valuable information about a crime in progress that allows them to strategize in order to keep themselves and citizens safe. Such a network would be incredibly valuable in a situation involving an active shooter, for instance.

In fact, Canton law enforcement have plans to connect the city’s cameras to the Patrol Division’s license plate readers in order to better locate or identify individuals based on license plate numbers of vehicles captured onscreen. They’ll also connect the cameras to the Shotspotter gunshot alert system — a system that monitors people and vehicles present in an area just before, as well as during and after gunshots are detected.

To expand their network, Canton law enforcement is asking citizens to join the effort by becoming a part of the system. “We want to reach out to residents and businesses that have cameras and ask what view their cameras have,” Lt. John Gabbard of the Canton Police Department told the Canton Rep.

While most residents and business owners think of their personal security cameras as being useful to protect their homes, restaurants, stores, and warehouses, sometimes those cameras inadvertently catch other crimes in progress.

“People take a lot of time and money putting their video systems together, and we get great video sometimes of cars involved in shootings and of getaway vehicles,” Gabbard said.

Citizens with cameras can register with the Cuyahoga County Prosecutor’s Office. Staff in the criminal analysis unit there keep a database of citizen cameras that are registered on the city camera network. The location of each camera can be found on Google Maps in the county’s database. This allows law enforcement to know where to turn in their search for video evidence if a crime occurs.

Gabbard’s hope is to have a city video camera system that’s tied in together, with both city cameras and resident cameras helping both deter and address crime. He told the Canton Rep that his ideal system would connect resident cameras into the system at hospitals, Canton City Schools, as well as the Hall of Fame village.

“Once we get the right software, we can tie all those systems together,” he said.

© Copyright 2020 ProTech Security. All rights reserved.
Subscribe To Our Newsletter
Want updates on the best security technology and services in the industry delivered to your inbox? Signup for our regular security eNewsletter.
We respect your privacy. Your information is safe and will never be shared.